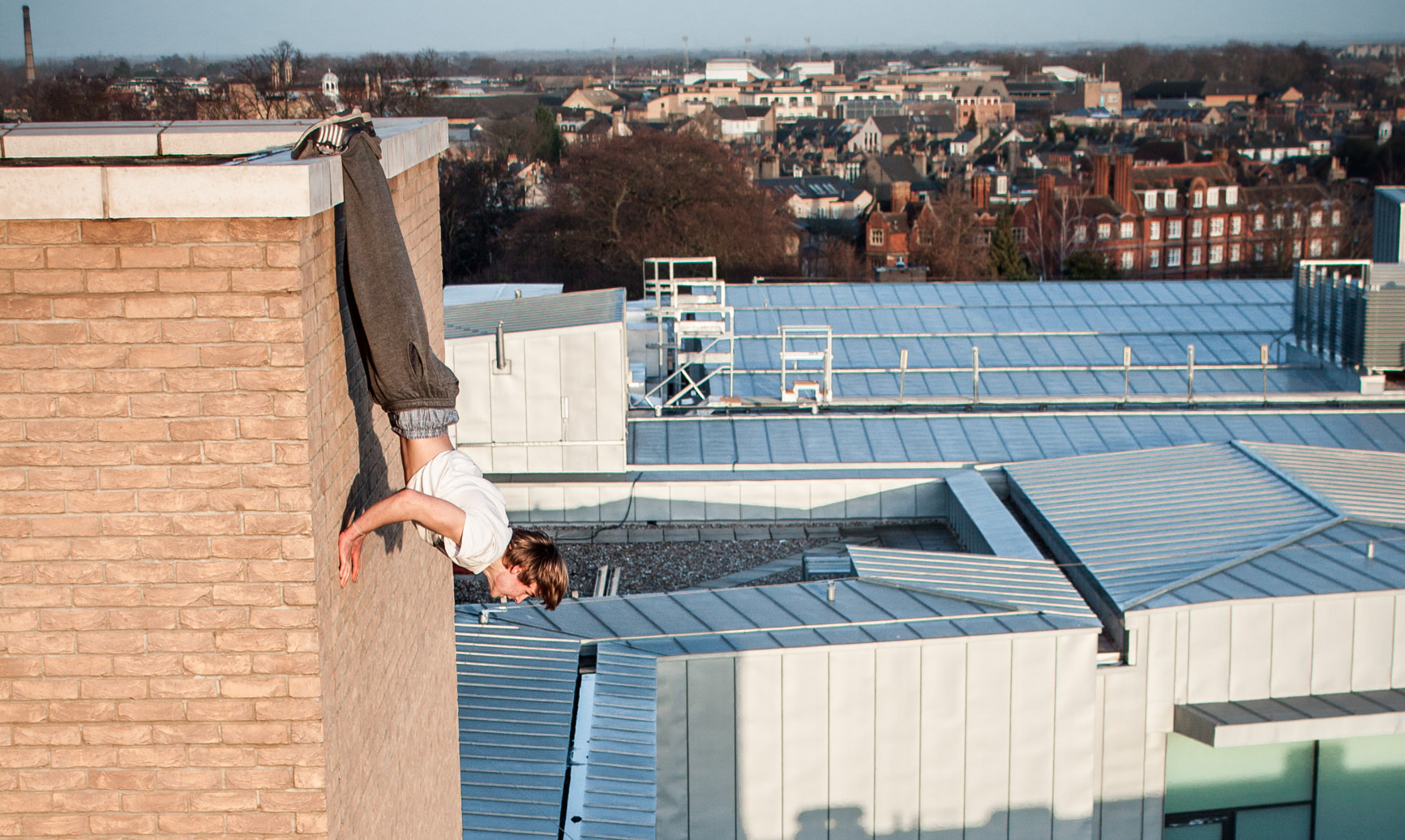 In this new blog post format ‘behind the image’ I’m going to be looking at a photo I have taken with an interesting story, and sharing what went into its capture. To start things off, we’re looking at a photo I took eight years ago when Phil Doyle hung by his feet off the edge of a rooftop in Cambridge…

The first time we climbed onto this roof was in July 2009. It was one of the most active summers for my own parkour training, and was a pivotal time as around then was when I started shooting parkour and getting recognition for it. At that point, I was shooting on what was basically a point and shoot camera, a Kodak Z1015. After spending around half a hour on the rooftop, and with me shooting some general photos, there must have been some element of bravado going on when someone offered to hang off the edge for a picture.

While generally I think that hanging off anything is pretty stupid in principle, I do trust my athlete friends to know their abilities if and when they choose to do these kinds of things. Having enough mental strength along with physical to perform a potentially challenging task, with calm and care, is admirable and in my opinion falls in the same realm as ski-jumping or other high risk sports. 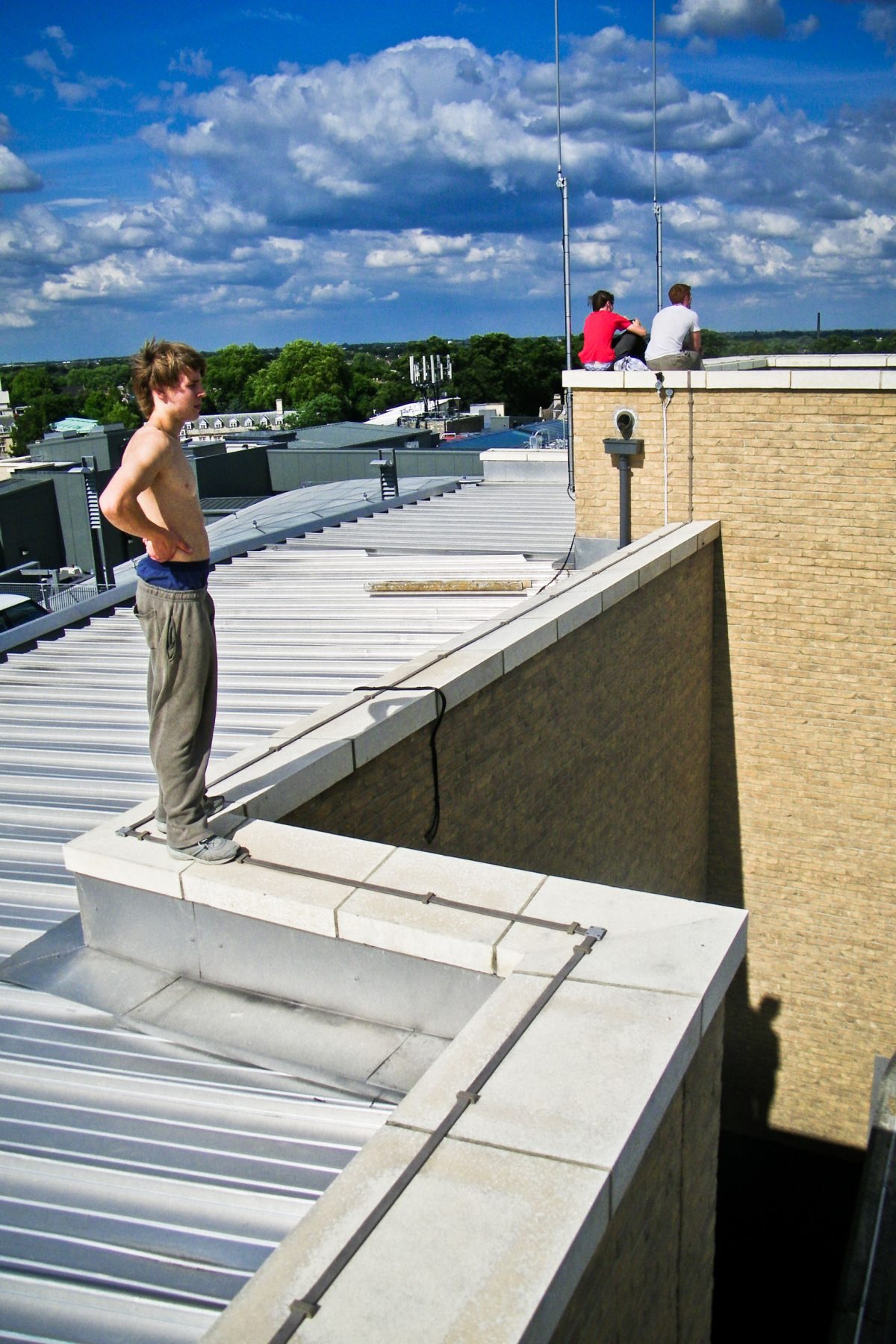 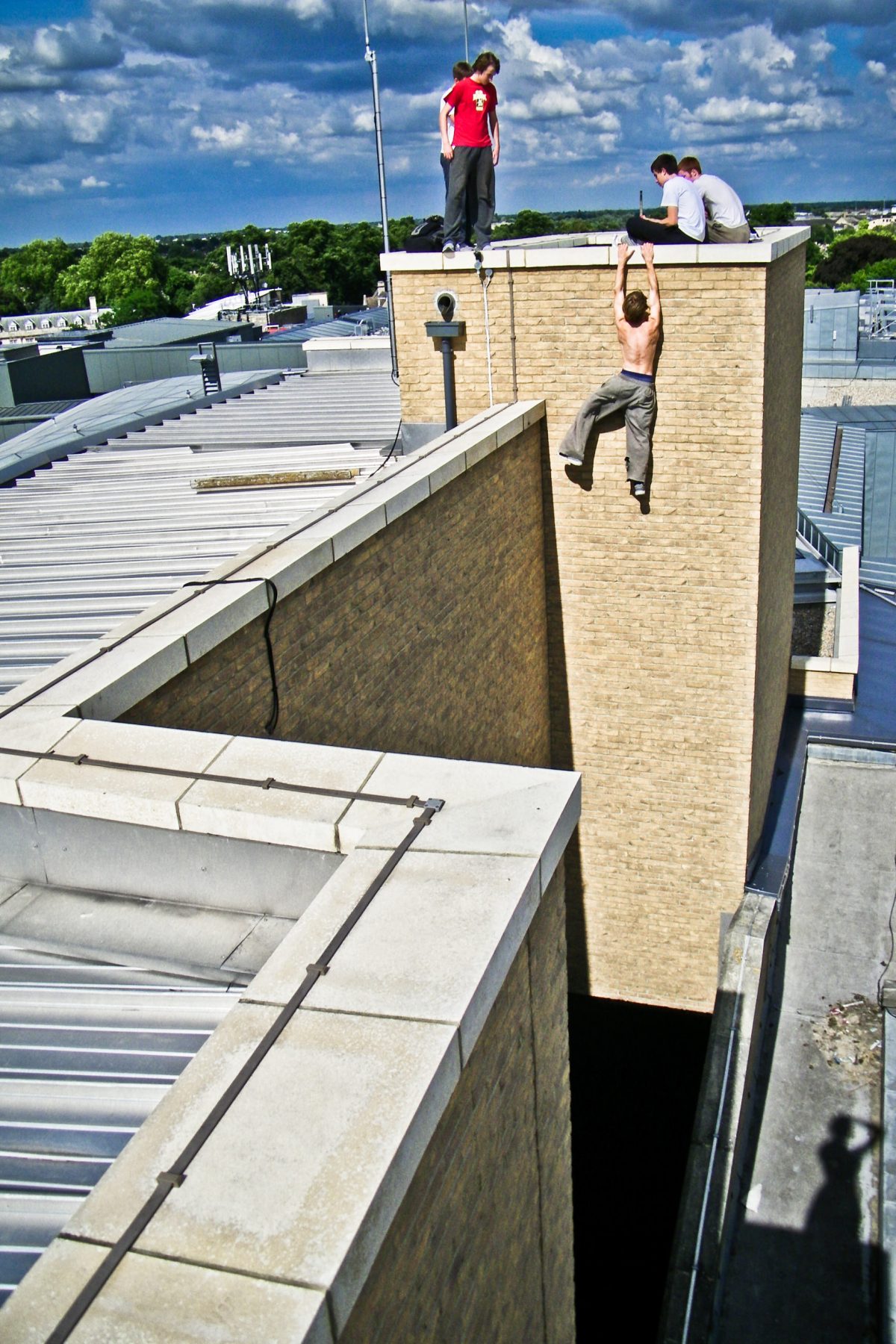 It was after these, Phil brought up the idea by saying “I wonder if I could toehang from it”. Obviously I thought that sounded like an amazing photo, but was also a step above simply hanging off something with your arms. It was a move I knew he was very confident with, but it was still as always worth preparing for in a less risky way. We moved to a different part of the rooftop, and Phil practiced a few times in an area where a fall would have been recoverable from. 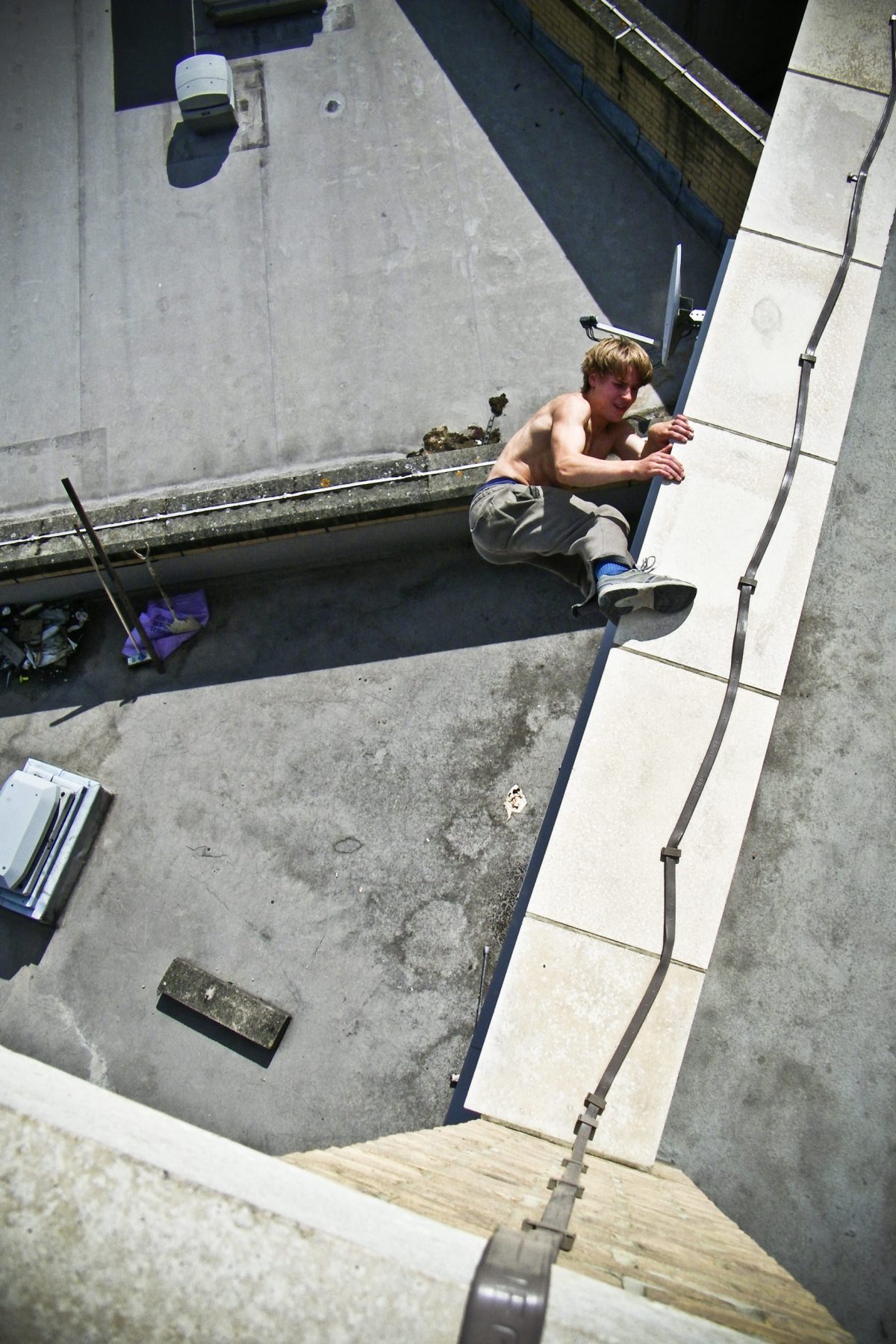 After successfully doing the hang here a few times, Phil was ready to move to the higher section. Logically, if you can do a move at ground level, the only difference in terms of ability is how your mind affects performing it at height. Your actual skill doesn’t change, but other factors can affect it, so an important thing thats often undertrained in parkour is performing under pressure. Phil carefully hung down and we got the picture. 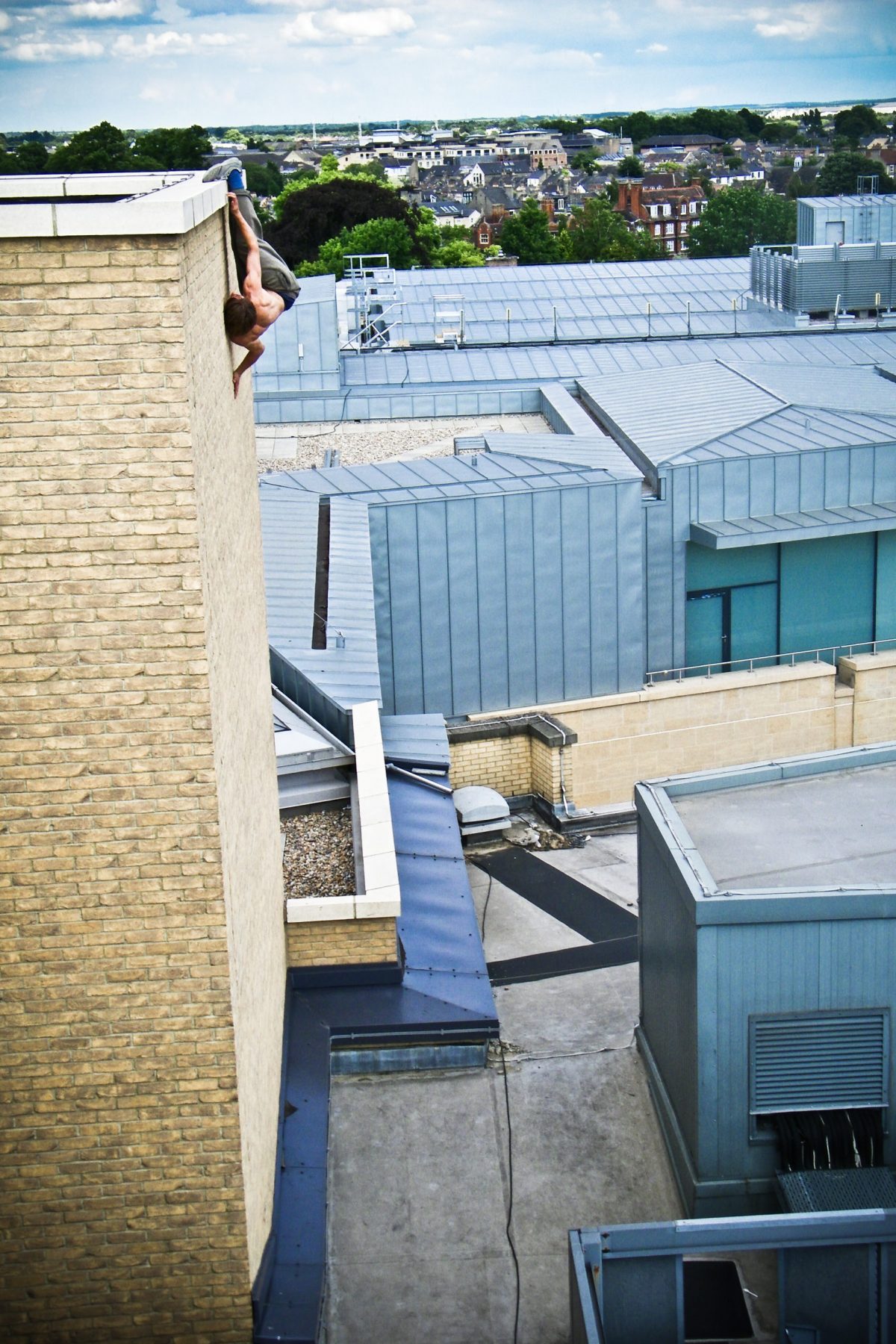 After about five months though, I’d graduated from my Kodak point and shoot camera and finally moved up to a proper DSLR. Having learned more about photography, my understanding of image quality and lighting had rapidly developed, and of all the photos I’d taken previously, the toehang was one I felt could deserve a revisit. I floated the idea with Phil, and he was receptive to it. It was clearly an image that would be something that would last, and I intended to capture it in the most future-proof way possible, f/8 for maximum sharpness, ISO100, beautiful soft evening light and in an angle we knew looked amazing already.

On the 17th January 2010, we climbed to the roof again and had a second attempt. The sun was setting at 4pm and it must have been only a few degrees, I remember I was wearing gloves at the time. It looked great, but it was cold, and Phil had kept his coat on. 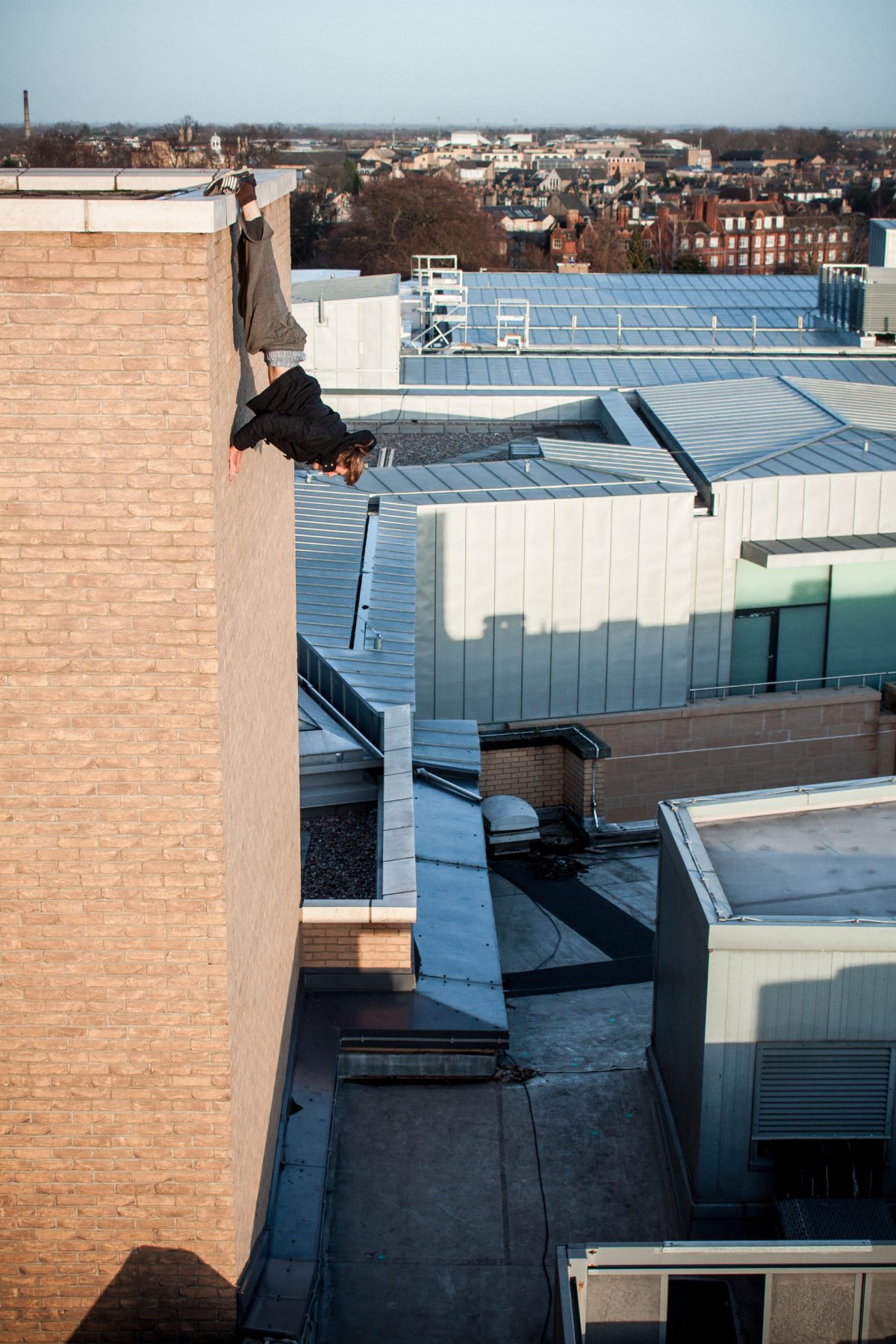 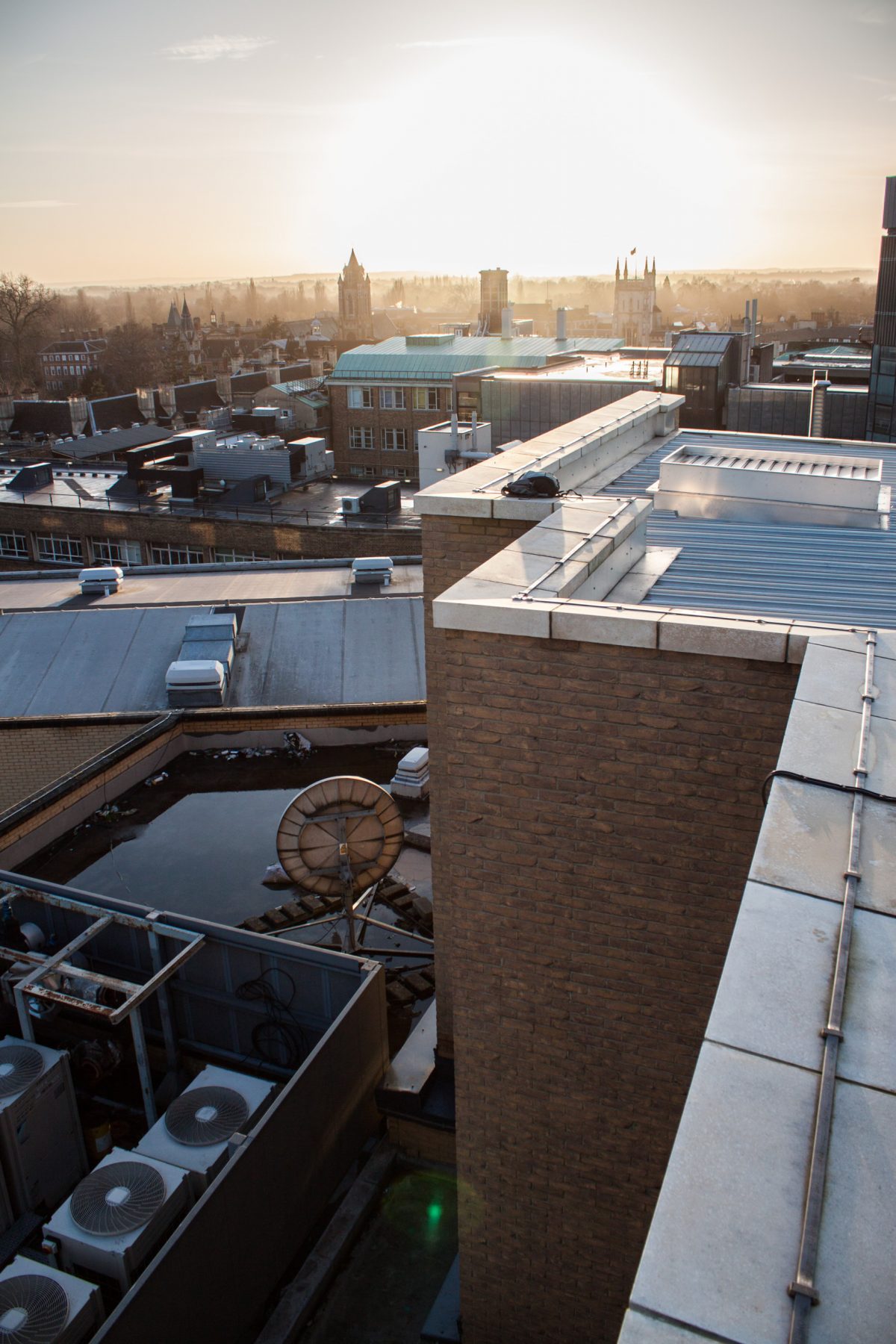 He looked at the photo, I looked at the photo and we both knew, it would look better if he was just in his white tshirt. As always, when shooting any movement, the athlete is in full control. The roof was not going anywhere, I’d happily climb up again another day to shoot it when it was warmer, but Phil wanted to shoot today; and in the cold 4PM light on a Sunday in January, we got the shot. 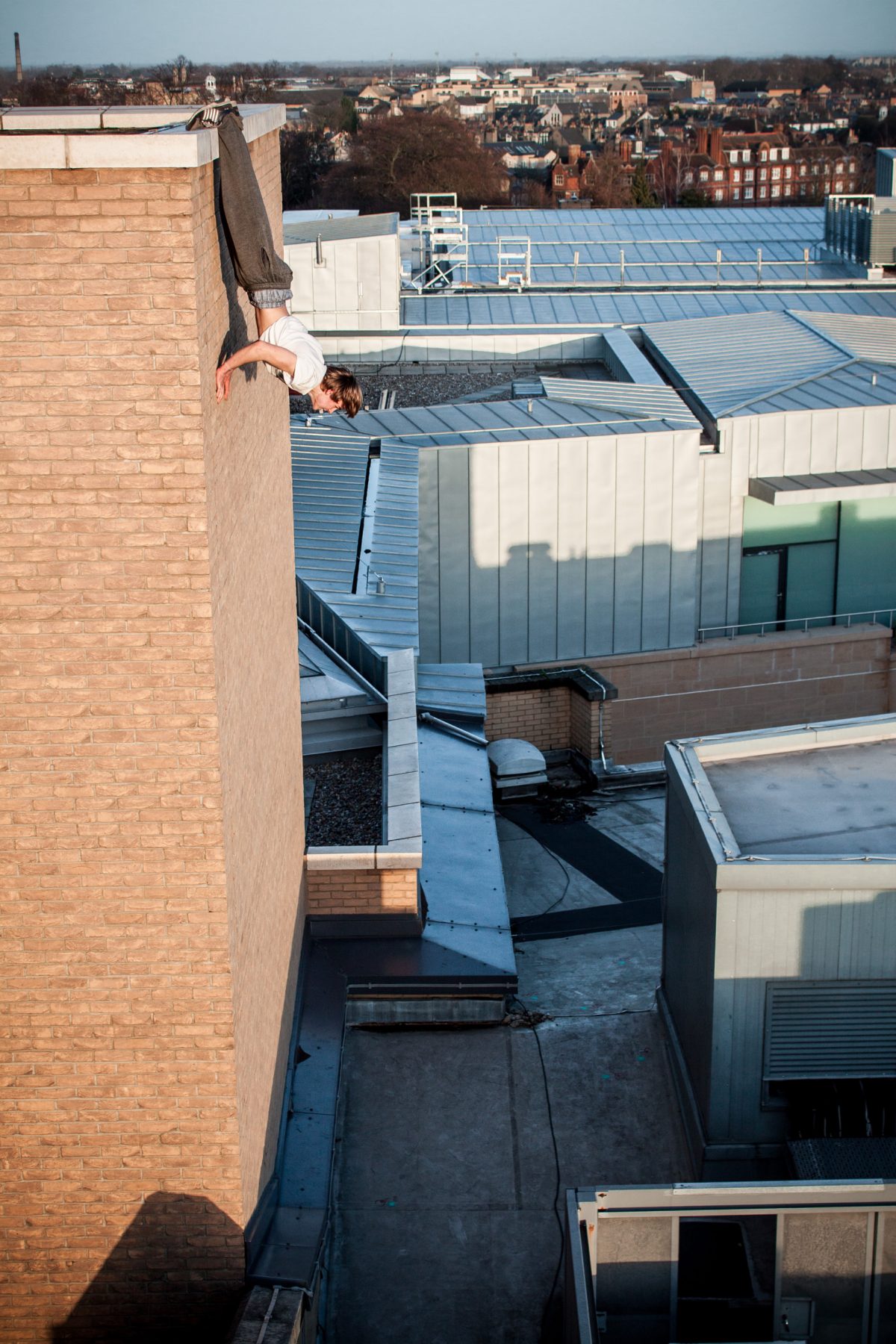 Just to be clear, neither I or Phil recommend anyone try this. It was a movement he had trained a lot at the time, and in his own personal circumstance he was willing to take that calculated risk, but he wouldn’t want to do it again now. Hanging off things for internet fame is pretty stupid, and I want to make the clear distinction that we took this photo for the sake of capturing something amazing, and not just for instagram likes.