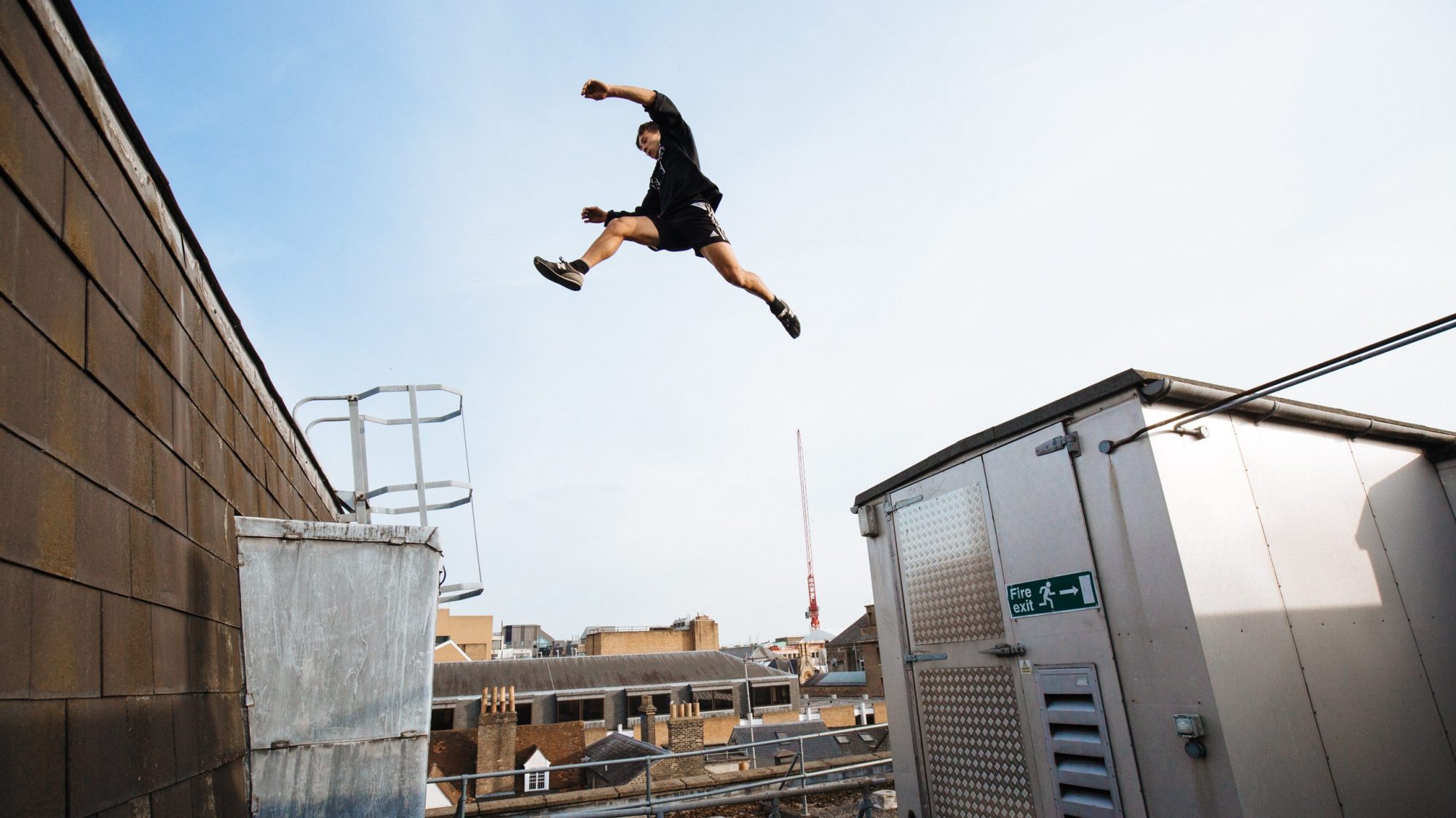 There are so many parkour images in my hometown that I’ve shot, sometimes I forget what I have and haven’t captured. My ideas have had to get more and more creative, and in a way, being put in the box of a place I know so well just forces me to adapt and commit to bigger and bigger photographic ideas. This June, I decided I wanted to tick off two big photos I’d always wanted to get, so here they are. 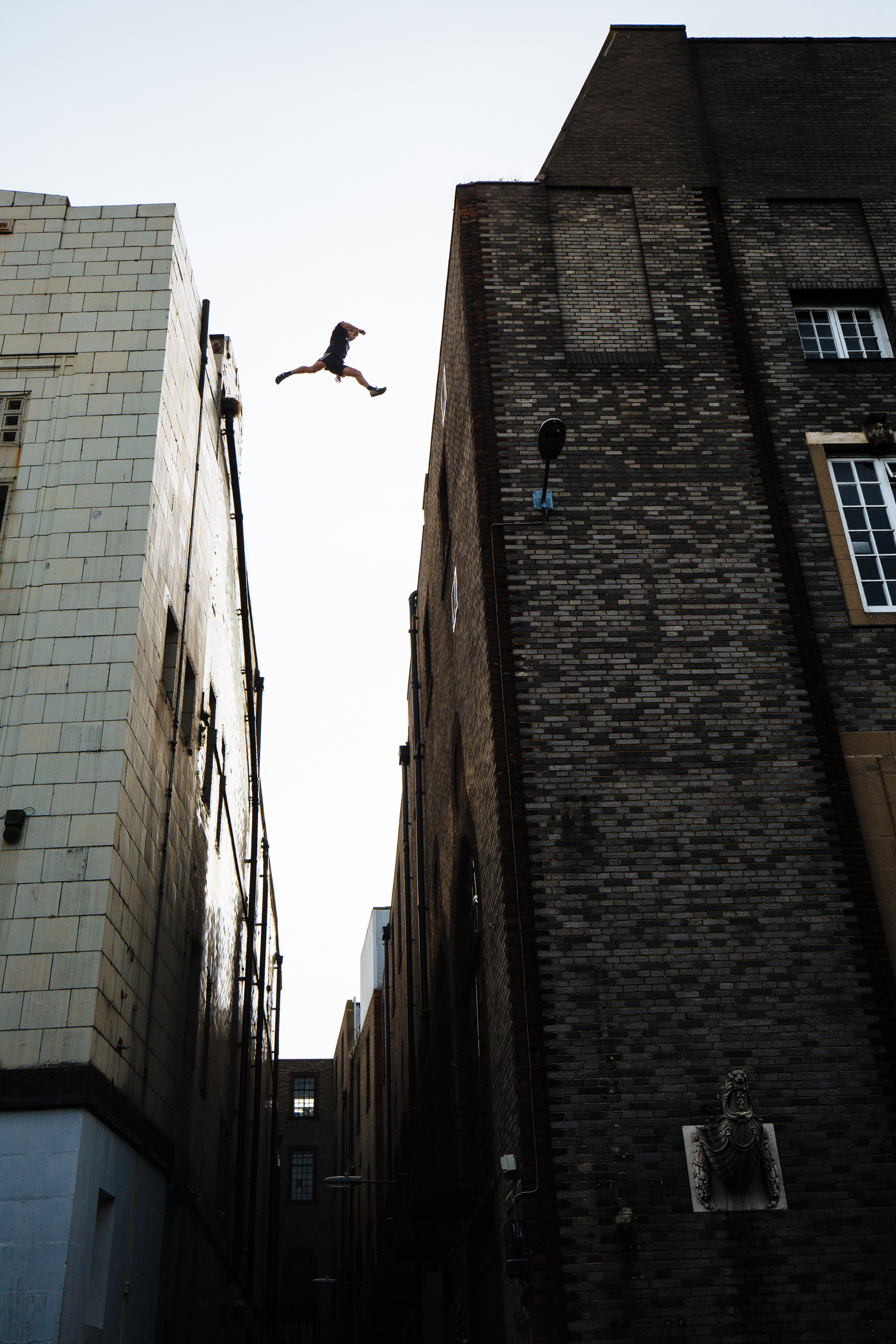 This stride from one rooftop to the adjacent bingo hall. It’s not a particularly large jump for most athletes, but its one I had always been meaning to shoot and never got to. One summer evening, Harrison Fernandez climbed up and after a few attempts, we nailed the shot. 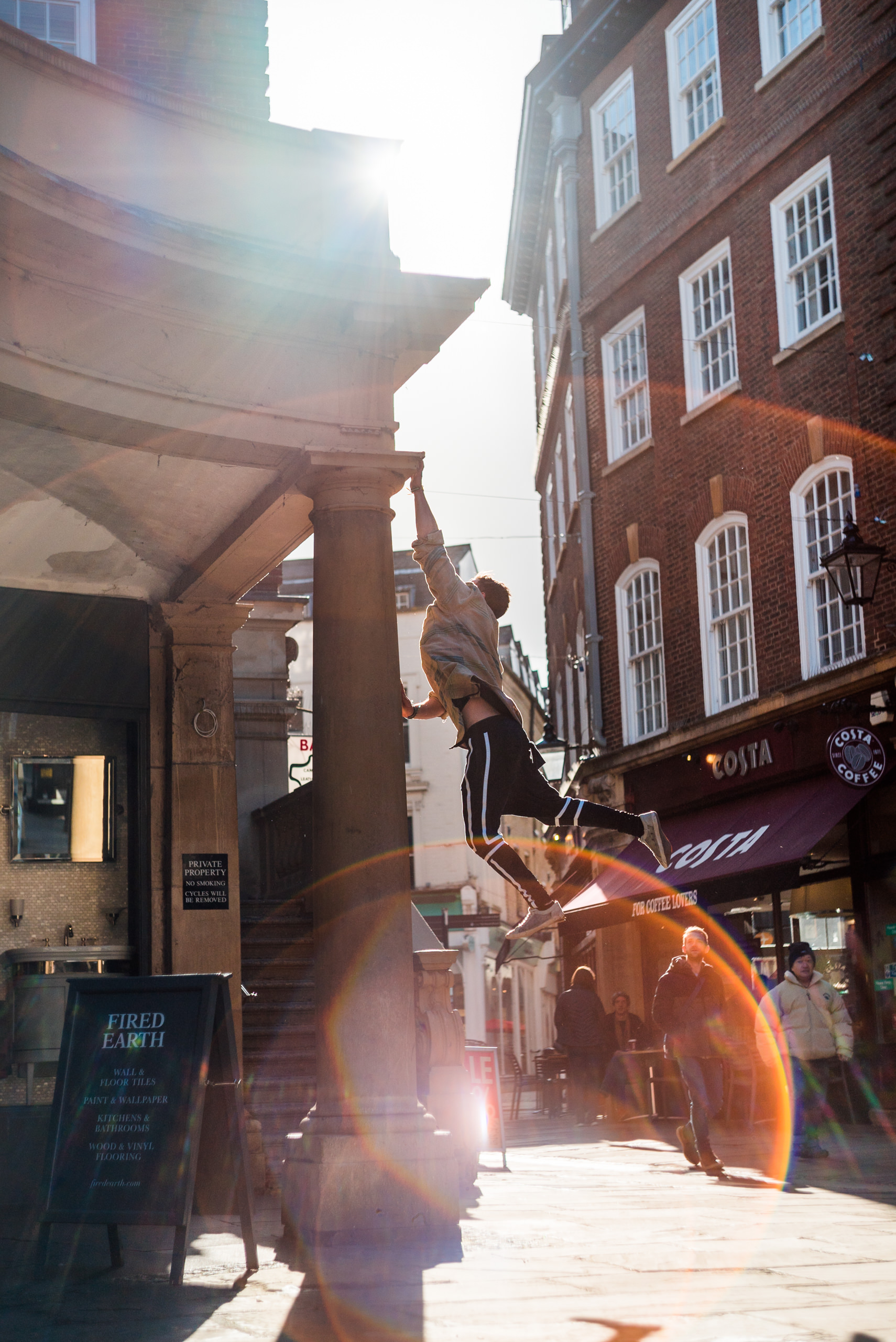 I actually shot this image back at the start of the year, but didn’t get to processing it. I love shooting this old Russian lens, it gives really crazy lens flares which work quite well in this image! 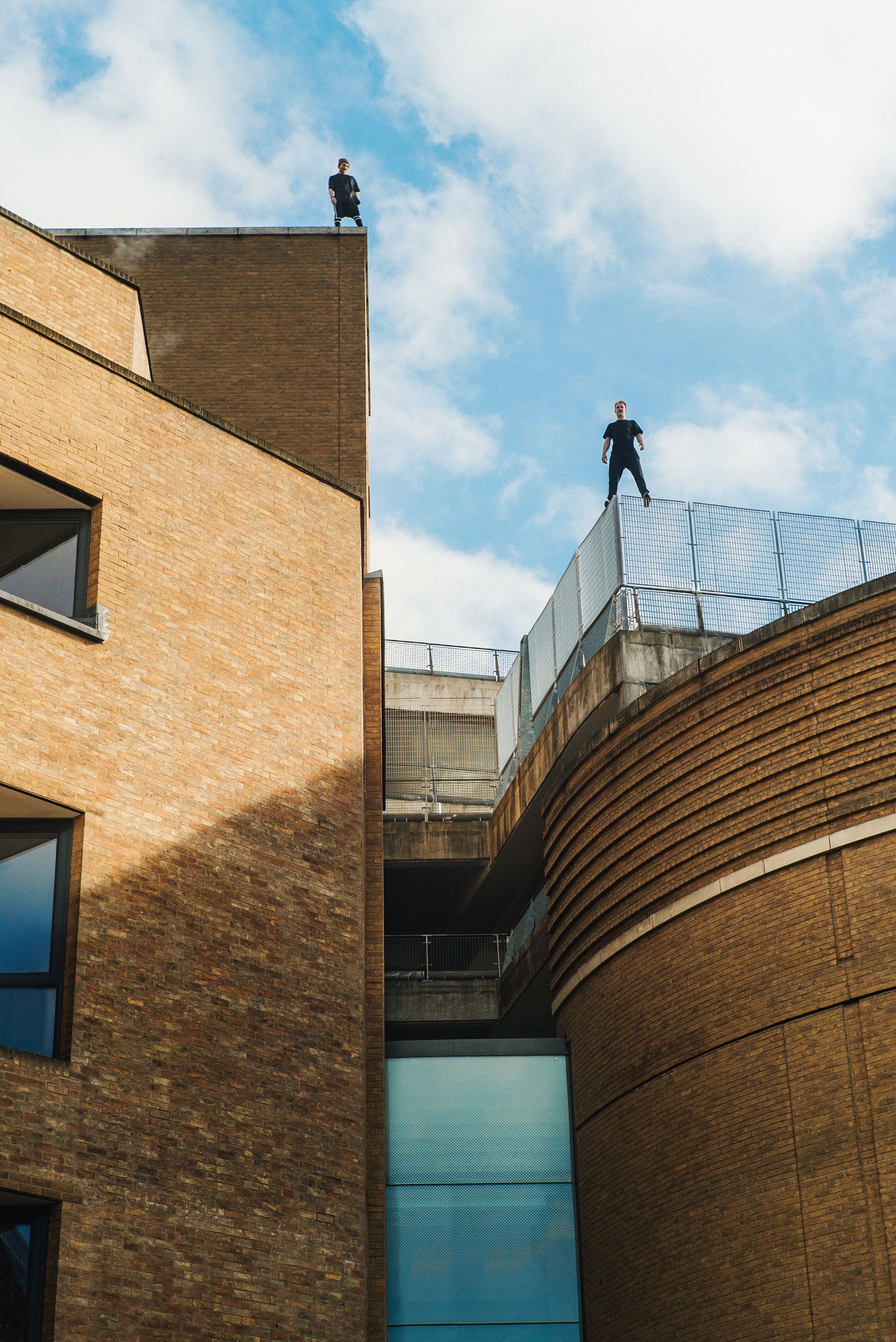 Here’s one I’m really happy about. I’d always thought it could look so cool having two people standing on the edge here, so Harry and Phil climbed up to pose for me. Its so awesome to finally get this shot! 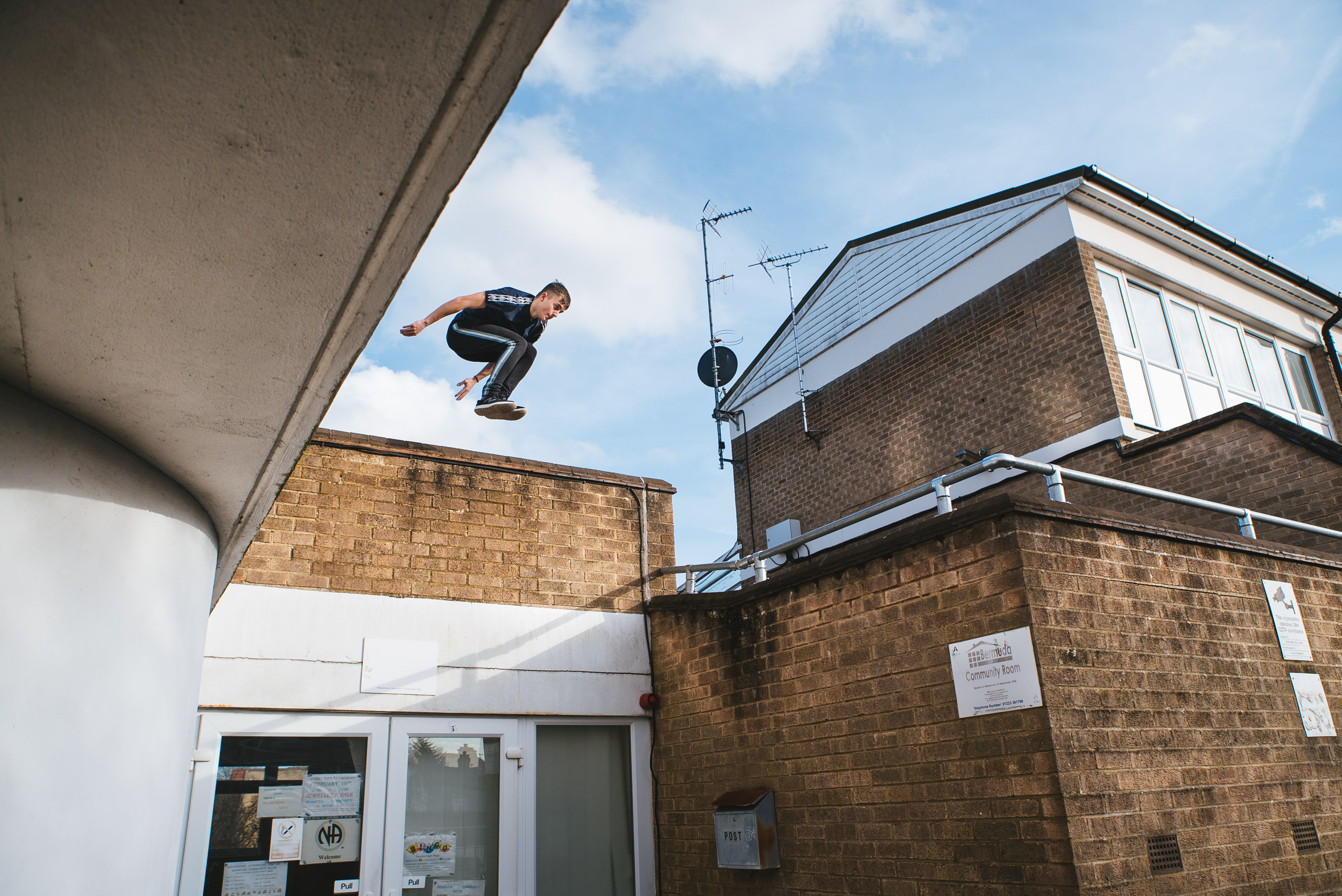 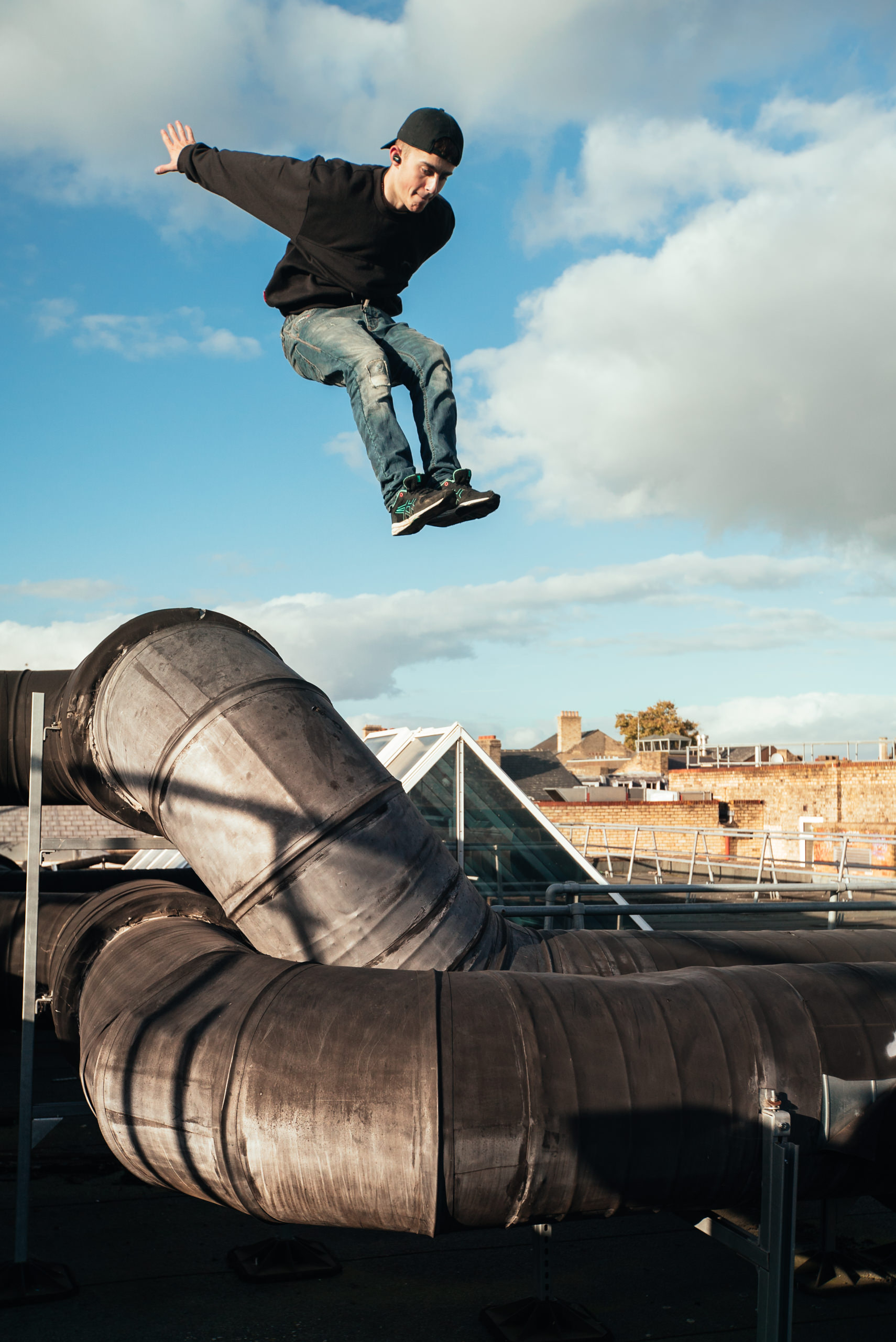 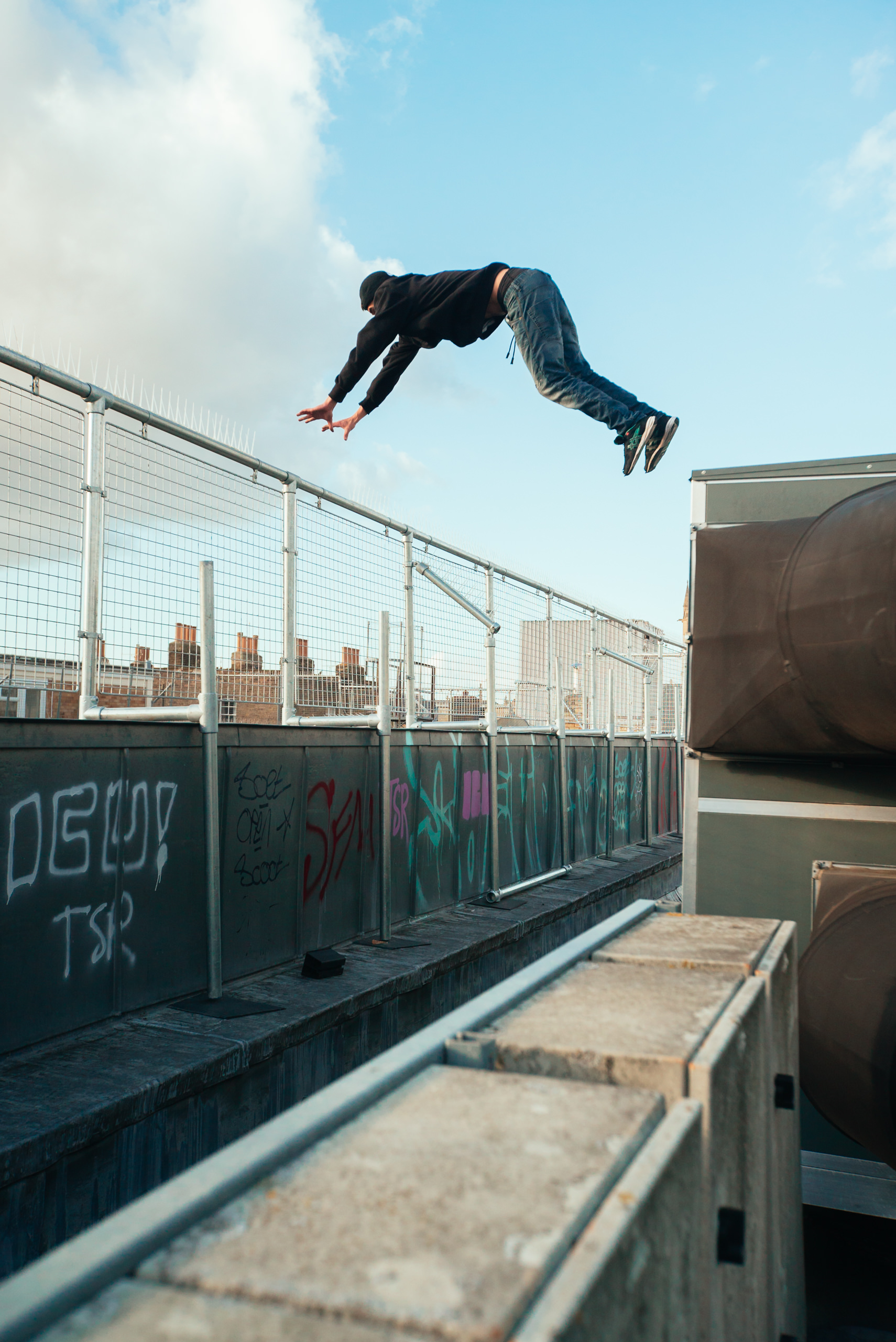 Last of these is a series of images with Connor Walker. Connor makes good looking parkour shapes in the air, particularly with Cat-passes, so its always great to shoot with him.